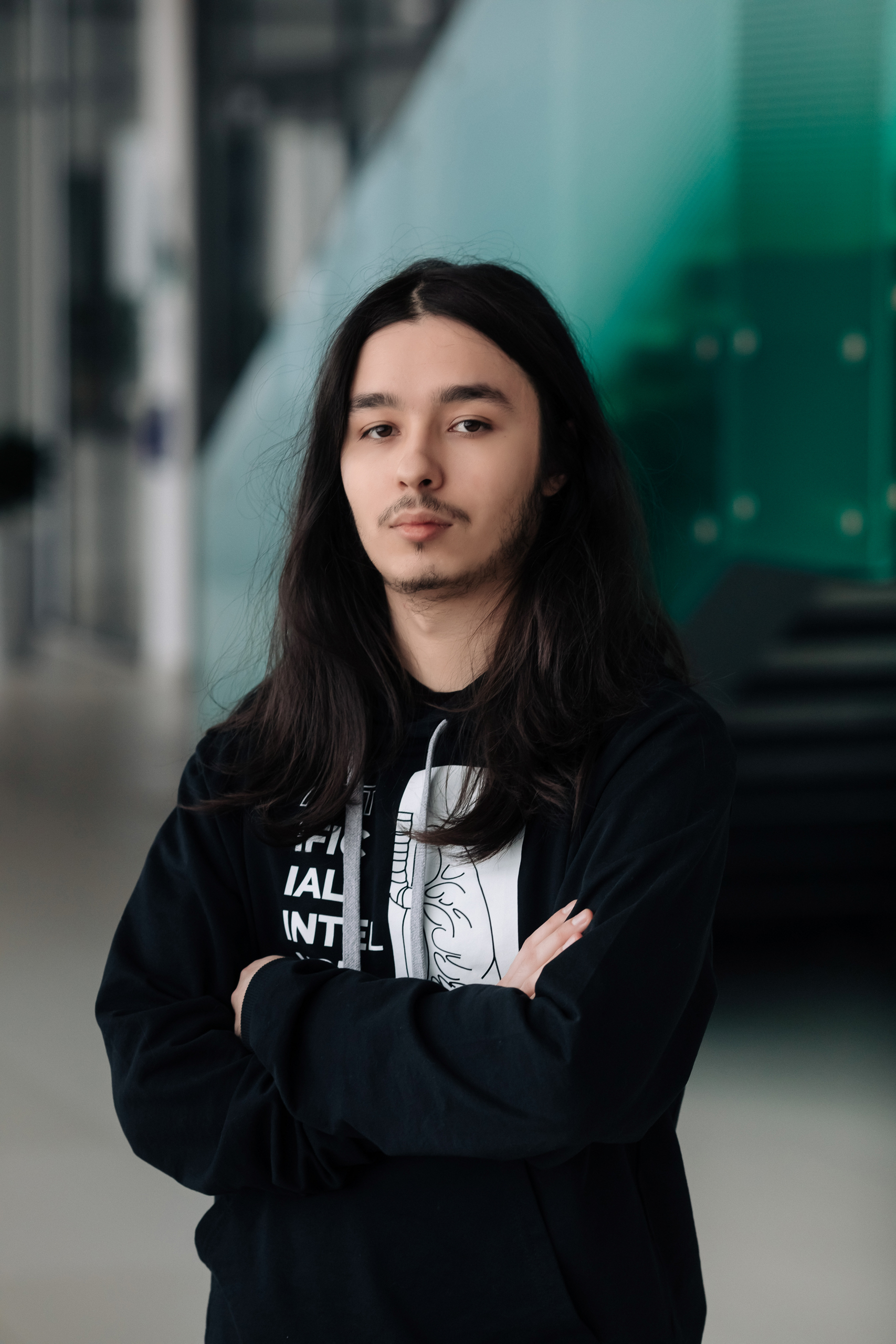 Despite the success of Deep Learning in natural language processing and computer vision, the lack of human interpretability hinders their use in high-stake decision making. The aim of the proposed research idea is to tackle the problem of generating deep explanations that rely on multimodal data, and where the interpretation of some specific features in one modality can support explanation of features in another modality. The idea is to explore the use of techniques for semantic linking of causal and relational structures extracted from deep representations to identify how they correlate multimodal representations. One possible way of doing that would be to leverage functional graphs representing the neural activity within the deep network, and use probabilistic graphical models, statistical relational learning and/or link prediction to predict and validate semantic connections across modalities. The ultimate goal should be to not only explain the outcome of deep learning models, but also to link concepts from one modality to another to generate better explanations. One application scenario that can be investigated to demonstrate the approach is multimodal diagnostics (eg. triage).This project aims to explore several research challenges regarding the usage of AI for medical imaging and the challenge of transparency and explainability: how can our model provide actionable and clinically significant output? What are the differences between the decision-making process of radiologists and medical imaging models? How can we incorporate additional data and knowledge to affect trust and interpretability of the output of the model? 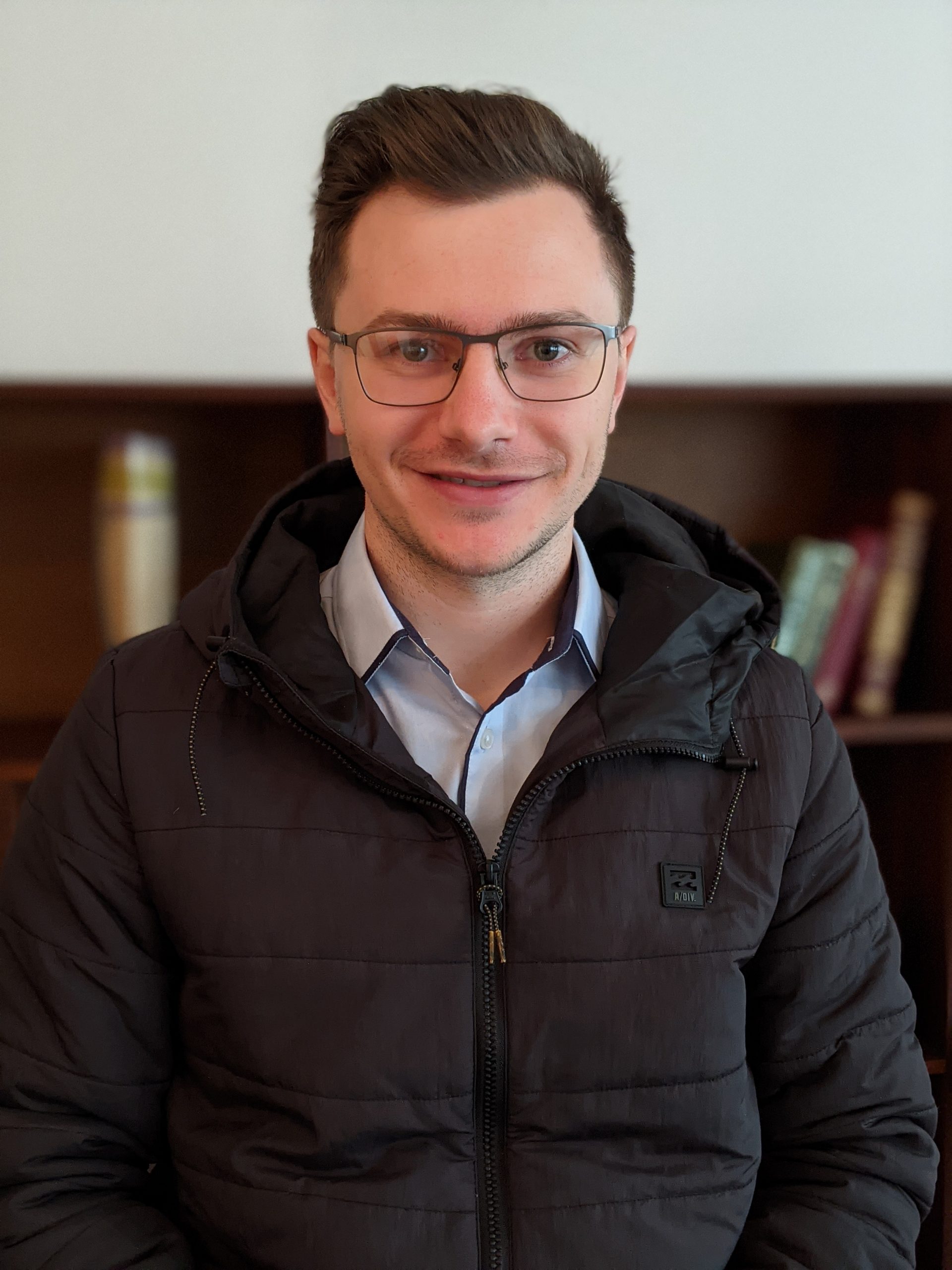 A clear trend in Internet of Things (IoT) research is to move intelligent decision-making away from centralised cloud servers and towards low-power, low-latency smart devices close to the data source and user, while supported by centralised oversight and configuration control. Challenges in moving Machine Learning (ML) from cloud to edge devices include the relatively constrained computing power and memory of edge devices, which in turn constrains the accuracy of ML models.In such limited settings, Video Object Detection is frequently accomplished by performing Image Object Detection on a per frame basis. Real-time video streams therefore need to be decoded into individual images, which is inefficient. This approach also neglects temporal information.The first avenue of this research is to investigate the feasibility and accuracy of Object Detection by applying deep learning models directly to key frames and using the non-key frames as a proxy for motion. Objects can be detected and recognised using the spatial information in the key frames, aided by the object cohesiveness which motion provides through the non-key frames. This research will build on the work done by Wang et al. in Fast Object Detection in Compressed Video (2019) and Real-time and accurate object detection in compressed video by long short-term feature aggregation (2021).Further research directions will include the creation of a dataset that combines compressed video and neuromorphic camera data along with the application of ML on such data. Neuromorphic cameras are event-based, low-power sensors that detect changes in brightness per pixel. The similarity between neuromorphic camera’s representation of reality and that of compressed video will be investigated.Possible research avenues include memory utilization, novel model architectures and training data transformations. Additionally, this research will develop new architecture designs, techniques and models for implementing ML-based applications on edge devices in order to efficiently perform ML on IoT devices.Use cases of this work will focus on computer vision applications, being data intensive processes requiring ML support, which is particularly challenging for edge devices. Output will be evaluated against current state-of-art deep learning platforms, including Google Cloud ML Engine.Applications of this work are wide-ranging, including automotive driver assist, predictive maintenance, intruder detection and wildlife monitoring. Any application with scene understanding from cameras could benefit from this work. 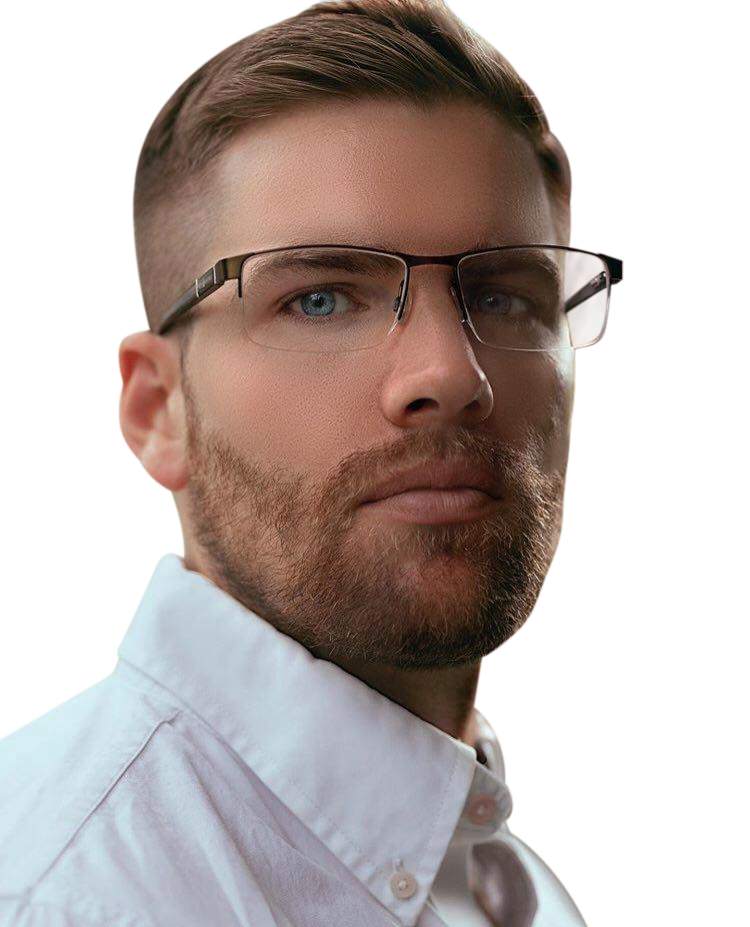 Gestational diabetes mellitus (GDM) is defined as glucose intolerance of varying severity and is present in ~12% of Irish pregnancies (O’Sullivan et al. 2011). Women with GDM are at increased risk of adverse health and delivery outcomes leading to complications, including stillbirth, premature delivery, macrosomia, fetal hyperinsulinemia, and clinical neonatal hypoglycemia (Dunne et al. 2012, Danyliv et al. 2015, Gillespie et al. 2013). Consequently, maternity care costs for pregnant women who develop GDM are 34% higher than the average pregnancy (Gillespie et al. 2013), whereas neonatal costs in the first year of life are typically higher than those in offspring of mothers without GDM (Chen et al. 2009).GDM is most commonly diagnosed during weeks 24-28 of the pregnancy and is diagnosed via an oral glucose tolerance test (OGTT) which is a simple test that measures blood glucose response over a period of 2 hours in response to the ingestion of 75g of glucose (ADA). Effective intervention in GDM has beneficial effects for maternal and neonatal outcomes (Damm et al. 2016, Plows et al. 2018), thus if machine learning models can accurately predict the risk of GDM at an earlier date, this may allow for earlier intervention from clinicians, thus potentially reducing health risks to both mother and child, reducing the risk of complications during pregnancy and saving money in the treatment of GDM.Some studies have tried to assess the risk of GDM by measuring fasting blood glucose during the first trimester, however the results have not been promising (Zhu et al. 2012). Further to this, researchers have been attempting to predict the risk of GDM from much earlier in pregnancy, from 8 to 20 weeks in Chinese women (Zheng et al. 2019) using simple models such Bayesian logistic regression. More recently, researchers have applied simple and advanced machine learning models on variables extracted from medical records in China in an attempt to predict GDM (Wu et al. 2021). Whilst some of these models have very high specificity, sensitivity varies between the models applied and the best sensitivity achieved was 70% using a deep neural network. In Ireland, routine care appointments are scheduled between weeks 8-12, thus the variables for the model will be collected during this period as this is when standard care data is collected and thus more data available. The ideal scenario being that the model would have a strong predictive value by week 12 of the pregnancy, half of the time usually taken to detect GDM.The aim of the current research project would be to explore the applicability of machine learning models for predicting the risk of GDM in pregnant women in Ireland.The objectives of this research are to:1) explore the utility and applicability of machine learning models on predicting the risk of GDM based on variables collected during routine pregnancy care.2) assess the efficacy of the machine learning in practice if the results show high accuracy.3) try to achieve this using explainable machine learning
View Profile
Mark Germaine
Nam Trinh
Modal Title 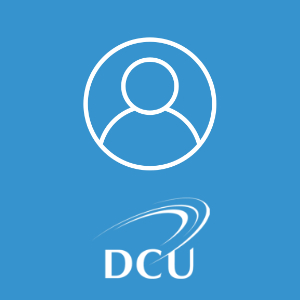 Cancer treatment is unique as no single cancer is the same and the way it affects varies from person to person. Cancer has more than 20,000 known pathways driven by gene mutations. These must be identified and targeted with focused therapies rather than ad hoc generalized treatments. Standard cancer treatment is ineffective in >75% of the patients. Precision medicine is an effective alternative to standard chemotherapy for many patients. Prescribing a personalized combination of treatments for cancer patients using aggregated information from the patient’s molecular profile (-omics data), radiomics data, tumor tissue samples, and the patient’s medical history (EHR) is a challenging problem. Machine Learning holds the key to addressing this problem efficiently and accurately. With the advent of Deep Neural Networks, Machine Learning algorithms are now capable of dealing with the challenges of scalability and high dimensionality of data. Multi-modal Learning in Deep Neural Networks can integrate different types of data (spatial, sequential, time-series, tabular, etc,) from multiple sources to perform a prediction. These features indicate deep learning’s ability to transform big data from genomics, radiomics, histopathology, and EHR, into clinically actionable knowledge. Translation of AI to clinical environments could usher in a new era of Precision Oncology in which all the available treatments for cancer, including molecularly-targeted, immunotherapy, and cytotoxic chemotherapies, will be utilized effectively in a patient-specific manner. Once deployed, the oncologists will be able to prescribe treatments to patients using insights provided by a computer-based decision support system that selects a combination of treatments by maximizing potential therapeutic efficacy while minimizing the side effects associated with ineffective treatments. One of the major hurdles for successful translation of deep learning algorithms from research to practice in precision medicine is their interpretability to physicians. The current state-of-the-art techniques in drug-sensitivity prediction, cancer patient stratification, etc, face non-trivial challenges in terms of interpretability. The interpretation and understanding of how a complex model arrives at its decisions, referred to as a “black box” problem, is a significant roadblock preventing widespread adoption of machine learning-powered applications in the healthcare sector. 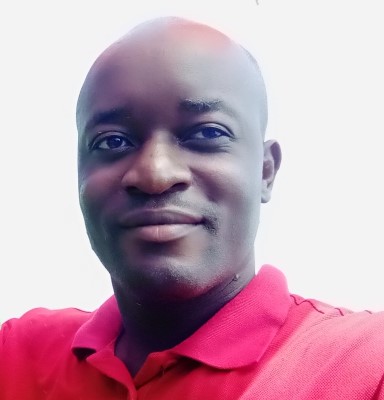 The extraordinary amount of daily generated content by users represents an invaluable source of information to predict their intention, likes, and dislikes. This heterogeneous information comes in multiple forms, from simple preferences such as likes and ratings to texts, social interactions, videos, and images. Recommender systems are an effective solution to overcome information overload and have been indispensable in various information access systems as well facilitating decision-making processes. Usually, recommender systems focus on just one of these sources of information. While these diverse contents often contribute to complementary views on the user preferences, their combination under a unifying framework promises to provide a comprehensive and timely representation of the user. Deep learning architectures offer a versatile environment to combine such heterogeneous information in a principled way for predictive tasks which is essential as the recommendation performance depends on the ability to describe complex user-item relations and preference. This research project aims at defining a Deep Learning architecture for combining this variety of sources, transfer and adapt knowledge across multiple domains. The aspects to be looked into include long-term prediction, dynamic sequential decision-making, and resolving the dimensionality problem, particularly for complex systems, adaptation to new situations as well as the proposed model optimization for long term recommendation accuracy. A novel interactive Deep Reinforcement Learning (DRL) based recommendation system will be studied, as well as interactions between the system and environment simulated by Recurrent Neural Networks (RNN). 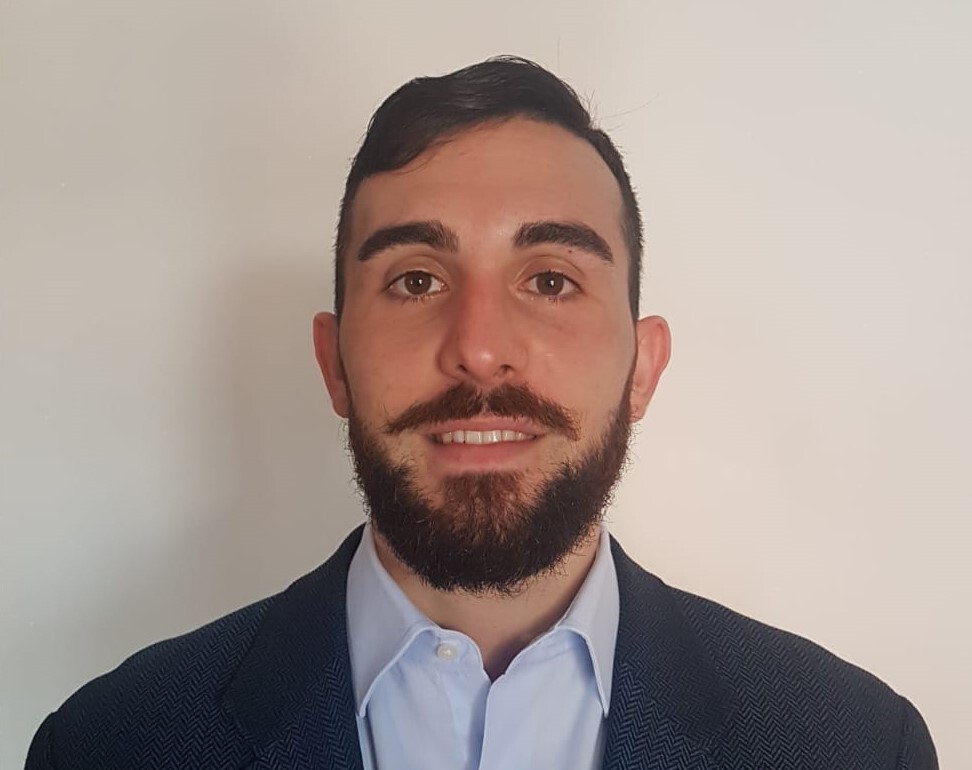 Large amounts of spatio-temporal data are increasingly collected and analysed in several domains, including neuroscience, epidemiology, transportation, social sciences, health, climate science and Earth sciences. Spatio-temporal data differ from relational data since the spatial and temporal attribute becomes a crucial feature which must be properly exploited, making the task even more demanding. Due to the presence of these two coordinates, the observations are not independent or identically distributed. The samples can be related or linked in some spatial regions of specific temporal moments. An additional challenge is the dynamic state of the observations: they can change properties or class depending on time and space. The traditional machine learning models are not properly suitable for mining patterns from these relations, leading to poor performances and misleading interpretation. Thus, the emerging field of spatio-temporal data mining (STDM) proposes new methods for addressing the analysis of event-based data. In order to take full advantage of the relations emerging in time and space, the most accurate way to process these data is by designing them as a graph. A graph is a network of nodes and edges which can have different weights defining the importance and type of the relation. The first challenge is to find the most accurate construction of the graph to represent patterns among data. Neighbourhood graph construction is crucial for the quality of the analysis in graph-based methods. This task can be addressed according to several techniques, each of them having own strengths and weaknesses. In the following stages other challenges can be community detection, nodes centrality, clustering, anomaly detection, frequent pattern mining, relationship mining, change detection, predictive learning and links prediction. The research seeks to find new efficient methods to collect, represent and process spatio temporal data by using the combination of graph-based techniques with unsupervised, supervised and semi-supervised machine learning.