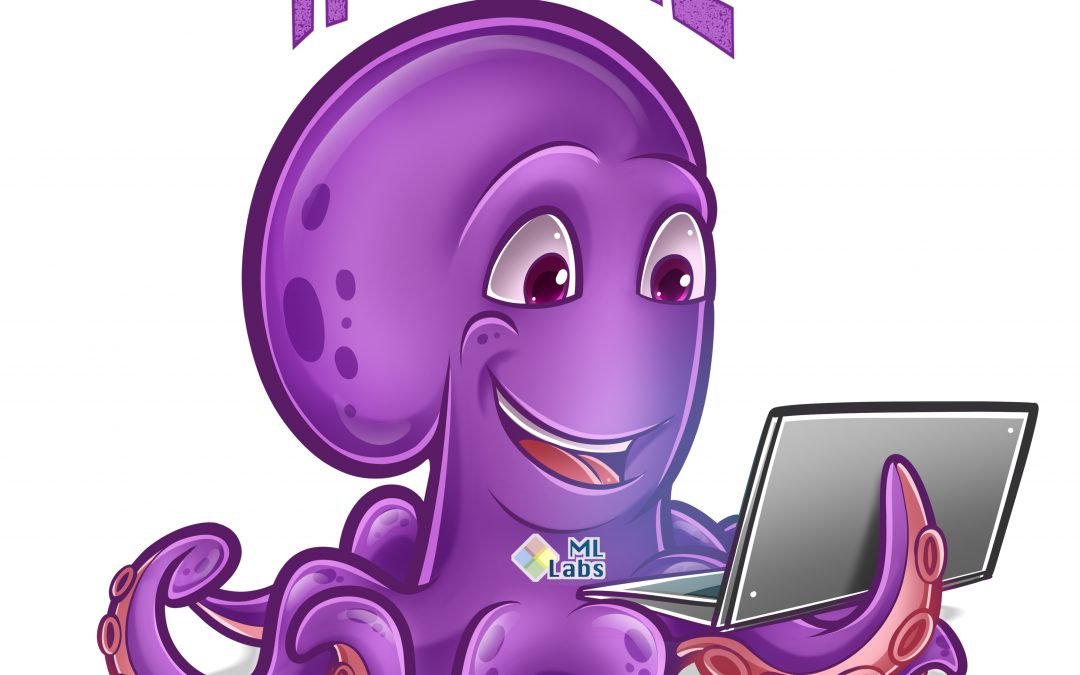 As part of the ML-Labs Summer School 2021 a challenge was given to the cohort – come up with a mascot that best represents ML-Labs and convince the judges that you’ve got a winning anthropomorphic companion to our fine research centre. Here the winning group answer some questions about Imeall the Octopus, the lovable cephalopod chosen as winner!

How does an octopus represent the traits of an ML Labs Researcher ?

Octopi are among the most intelligent of all invertebrates (and have even been observed using tools). This represents the need for focus and analytical strength. They are among the most behaviourally diverse of all the invertebrates. This represents the wonderful diversity found in ML-Labs. They can radically change shape and have an ability to camouflage, reflecting the adaptability required of Machine Learning (ML) researchers. They are good at expressing emotions – a key part of the communication skills being developed in our PhD programme. And lastly they have been variously described as chirpy, curious and inquisitive. ML Labs researchers have been described in similar ways!

Why is it called Imeall?

In ML Labs, we do cutting edge research and Imeall is an Irish word meaning “edge”. Pronunciation https://www.teanglann.ie/en/fuaim/imeall

The keen eared among us also spotted the connection between the sound of “Imeall” and the sound of “ML” and thought it was too good to be true! Several members of the cohort are also working on edge AI, a discipline within AI that looks at distributed computation to better utilise the resource of individual devices “on the edge” of the system rather than waste traffic communicating back and forth with a central computing resource. Interestingly enough, the brain of an octopus bears this same characteristic – their ganglia (or little brain processing units) are distributed in their tentacles as an extension of their central brain, allowing them to move their tentacles quickly in response to their environment and allowing the main brain to get on with deep octopus thoughts.

What considerations went into the design?

We wanted Imeall to capture the spirit of ML-Labs and the ML-Labs students – smart and inquisitive researchers gladly embarking on the challenge of completing a PhD (and hopefully with a smile on their faces). Octopi don’t just have fat heads – they’ve got the brains to match! We gave Imeall the ML-Labs badge and a shamrock to represent the 3 universities involved in the research centre. As an icon, an octopus could be said to look quite like the neural network diagrams many of us are getting very familiar with. Much of cutting edge ML research makes use of neural networks. Finally with Imeall’s eight tentacles we think he would be equally adept at juggling the many tasks at hand facing a budding ML researcher.