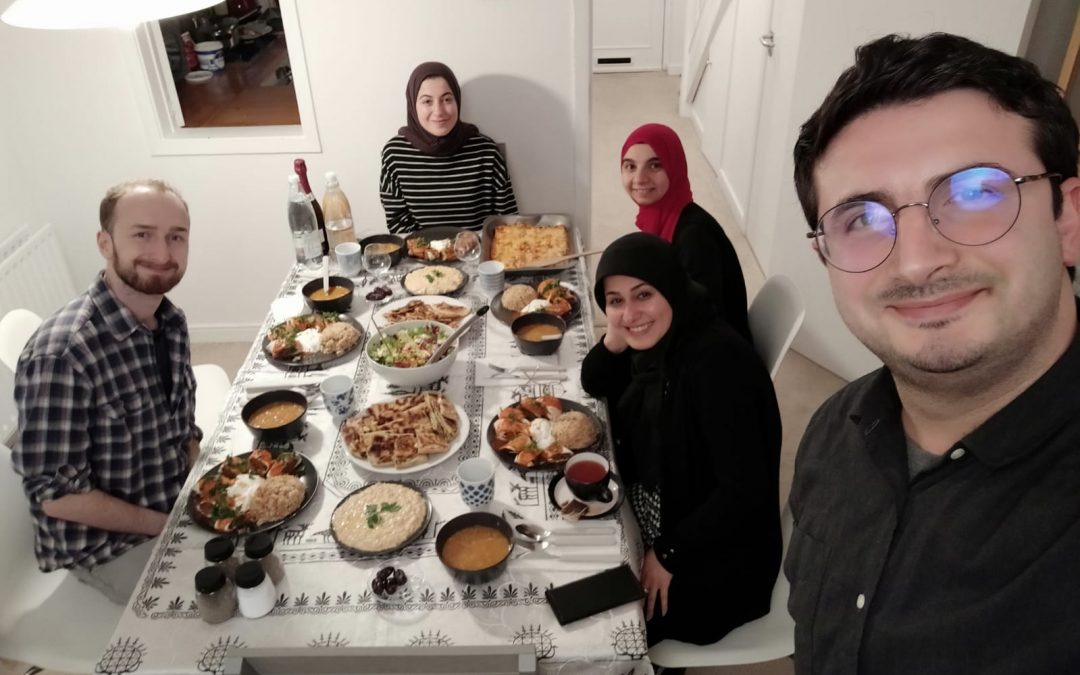 Ramadan is the ninth month of the Islamic calendar, observed by Muslims worldwide as a month of fasting, prayer, reflection, and community.

Muslims fast in Ramadan from all food, drink, and other pleasures of the flesh from dawn to sunset. But fasting in Ramadan is not just avoiding eating and drinking. People who fast avoid sins such as gossiping, lying, jealousy, anger, etc., to improve their characteristics and personality. So, Ramadan is a spiritual journey that helps Muslims to practice becoming a better version of themselves and strengthen their spiritual relationship with God. That’s why it is called God Month

Muslims worldwide have different traditions to celebrate this month and do good deeds.  The most significant amount of donations are made by Muslims during Ramadan. For example, in 2016, UK’s Muslims paid more than 100 million pounds for charity. Different charity events take place in different countries. Usually, before Ramadan, wealthy people provide food packages for low-income families to help them eat well during the fasting month. Also,   there are lots of events for helping disadvantaged sick people or prisoners who need financial assistance to be released. Another donation is called Zakat Fitr. All Muslims who can afford it pay a specific amount of donation as Zakat Fitr for poor people for blessing the end of Ramadan.

Another tradition is gathering for Iftar; breaking the fast at sunset is called Iftar. Families and friends often gather for several nights for Iftar. Also, sometimes people prepare some dishes and give them to their neighbours for Iftar.

Towards the end of Ramadan is the Night of Power (Ghadr), when many retreat to mosques to meditate and pray and ask for forgiveness for their sins. Ghadr is a night when the Qur’an was revealed to the Prophet of Islam all at once. The first day of the new month after Ramadan (Shawal) is called Eid al-Fitr, one of the biggest feasts for Muslims. Since Islam events are based on the lunar calendar, the Ramadan time is different each year. In 2022, Ramadan was from the 1st of April to the 1st of May, and the 2nd of May was Eid-Al-Fitr.

Happy Eid to all Muslims around the world.