Working at the Intersection of Robotics and Artificial Intelligence 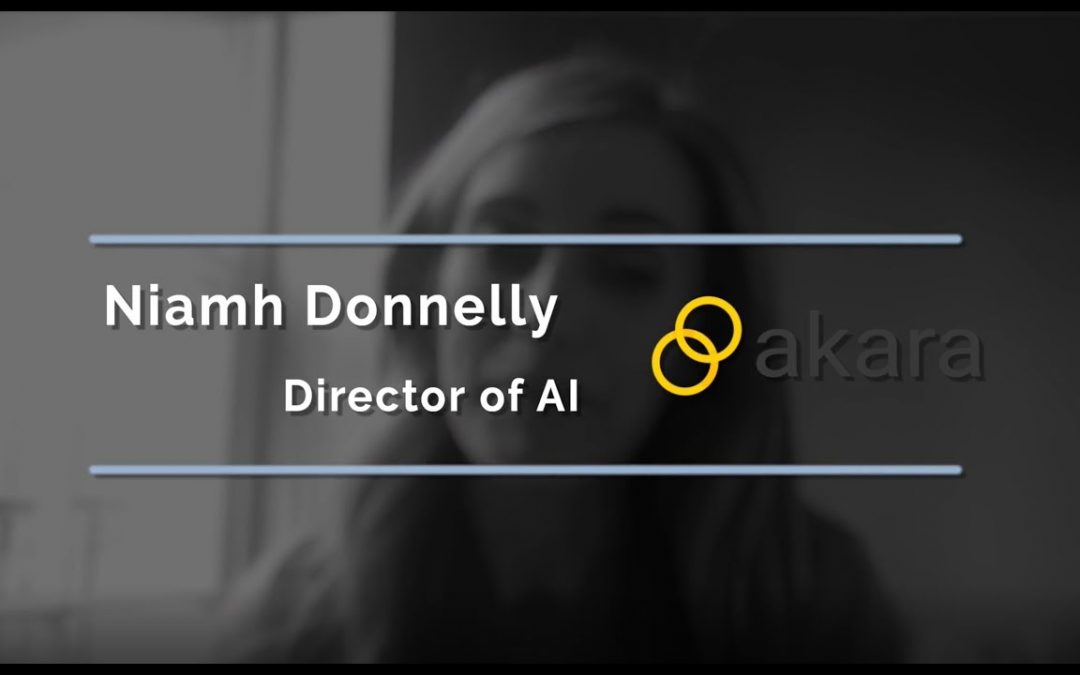 We sat down with Niamh Donnelly of Akara Robotics who studied Mechanical Engineering at Dublin City University but knew she wanted to work in the IT industry. She did a conversion course in programming and software development to make this transition happen. Consequently, she landed a role at a tech company (an online marketplace for handmade goods) on the software development team. She got tonnes of experience while there, in software development and DevOps.

But she wanted even more. She became keen about AI and Machine Learning, and had another change in career direction. This time, she pursued a MSc in Computer Science and Machine Learning at University College Dublin. This is where her career in AI was jump started and her interest in Robotics also ensued. She joined a Trinity College Dublin team, Akara which was doing interesting work in robotics.

At Akara, they build robotics in the  healthcare industry, empowering care workers and frontline workers in their roles.

A flagship product they have is an autonomous UV cleaning robot, which with no surprise, started at the beginning of the COVID-19 pandemic. They called the robot Violet. Violet shines UV light on surfaces and kills bacteria on those surfaces. Niamh was part of the team that built the software for Violet to enable navigation in a room autonomously without human supervision. Niamh also has to source for funding and generally steer the business direction of Akara towards growth, as co-founder.

Her favorite area in machine learning is computer vision because of how magical pixels are, by the mere fact that they contain so much information. CNNs pick up something from them to make predictions that empower many machine learning applications. She is also thrilled by the Social AI in a robot, for executing simple things like identifying people trying to speak to it (the robot). Many of these things we take for granted, but they make all the difference in as far as social interaction for robots is concerned.

Niamh also added that the robots at Akara are around vulnerable populations so it is important to the team what data they stream, and which aspects of it are being used to train the models. For example, rather than using the cloud, they run  their models on board the robots. That means they have to take on an extra step for the data processing, in order to reduce security threats.

They also ensure that the data is not biased, For example, detecting if someone is happy or sad involves facial detection. The people they deal with at Akara Robotics are an older population and yet the data collected is of a younger population (of college students) so to design better suited robots, they keep this into account.

When asked about the achievements in AI that can transform the work at Akara, Niamh said that robots have always been that area where people are wary of indulging in (because hardware, software and the unknown are involved.) When the pandemic came by, a lot of people turned to tech and a lot more resources were directed towards robotics as well as the  increased collaborations that arose. With this trajectory, Niamh is confident that the days when robotics was behind in some of the advancements in AI are long gone and that in years to come, robotics will catch up.

Lastly, the number 1 skill Niamh recommends a machine learning PhD graduate should have is being a team player. The ability to communicate, solve problems you haven’t seen before (being robust); and that even though one can always learn the technical skills, working on a team always comes in handy.